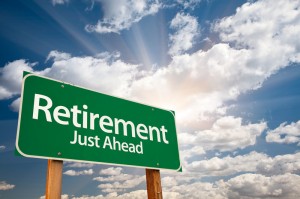 Compared to retirees of just a generation ago, older Americans are staying in the workforce longer, and they’re returning to the workforce post-retirement in higher numbers, too. The shift began slowly in the late 1990’s when the labor force started to see an influx of post-retirees looking for work, but accelerated, in part, due to the recession of 2007. The ever increasing cost of living, combined with the negative impact the recession had on investments and home values, meant that SSI/SSD simply wasn’t enough to cover the bills. That left many retirees with no choice but to go back to work.

Though many retirees who were financially pressured to return to work were already receiving monthly social security insurance benefits, some may not have been aware that there were ways they could have increased the amount they received prior to retirement. Had they known, some may not have had to return to work, could have returned to work for a shorter period of time, or could have returned to work but worked fewer hours. If you are planning for retirement, here are a few tips you can use to ensure you receive the maximum SSI benefits available to you so you can avoid returning to work, if possible.

For anyone who is currently planning their retirement, but is unsure how their SSI benefits might be impacted if they do decide to continue working, the rules are pretty straightforward. As long as you work until full retirement age, you can still receive the full benefit amount to which you are entitled, no matter how much money you earn post-retirement. However, if you claim SSI benefits prior to reaching full retirement age, your benefits could be reduced, depending on your earned income.

The Social Security Administration also reviews the earnings of SSI recipients annually. So, if a beneficiary worked during the previous year and those earnings reflect one of his highest years, the SSI benefits will be recalculated to reflect an increase.

Just as with SSI recipients, if you receive SSD benefits, you can also work, but there are income and time limits. Whether you live in Reno, Rochester, or Raleigh, SSD terms are the same and, like SSI rules, they apply to everyone.

With so many older Americans working past retirement age, and returning to work once they have retired, it’s important to know where you stand with Social Security benefits. Educating yourself about the ways to maximize your monthly SSI payment may not completely eliminate your need to work, but you may be able to work less and for a shorter period of time, so you can finally enjoy your retirement once and for all.

(US law and generally)

Filing for a divorce is never easy for anyone, regardless of the situation. Individuals with significant wealth or those that have been married long enough to build retirement assets will find the process even more frustrating if the court requires disposition of retirement funds between spouses. The court decree is usually dependent on the types of retirement funds and the time at which the accounts were opened. The final determination is usually based on the laws of the particular state issuing the divorce decree.

All states view marriages as binding legal contracts between full partners. All money that has been saved in a 401(k) retirement account or an IRA could possibly be assessed as marital property. This is dependent on when the account was initiated and the marital dissolution laws of the granting state. If money was saved by one party of a divorce before the couple was married, then that particular part of the account can be claimed by the original contributor.

Likewise, money that is added after the divorce decree or during a legal separation can also be claimed by the primary contributor as personal property as long as the dates are verifiable. It is important to make these dates part of the court record, especially for those with considerable wealth. This includes both prior and accumulated financial assets. Planning a divorce is crucial if a divorce is inevitable, according to stock fraud attorneys, Page Perry LLC, it is very important to make sure the inventory of assets is accurate and honest.

Money that is deposited in an attachable retirement account after the couple is married becomes marital property until the filing of a divorce petition. Sometimes this can be dependent on who files the divorce and the potential living status of dependents and the primary parties. This property status normally works for both parties involved, though men are usually the party that is ordered to provide for the wife because of traditional household income structure.

If both parties have made a considerable contribution to the retirement fund or if each party has their own account, then the totals are added unless an agreement is reached between the divorcing parties. Reaching an amiable agreement usually works best because the courts can be unpredictable, especially if children are involved. Additionally, home ownership is an investment asset and will be included as part of a divorce if the home was purchased during the marriage or if there are dependent children. In many states this can also include a reasonable “standard of living” assessment by the court and could result in alimony or a structured settlement.

Retirement savings plans such as 403(b) retirement accounts that are associated with working for a non-profit company are normally not attachable. However, they can be the subject of a Qualified Domestic Relations Order which is issued by the court as an addendum to the actual divorce decree. These funds are often included in any settlement because of possible court assignments, but many times an order is sought in cases of significant amounts of money.

Always remember when calculating any divorce settlement or dispersion of property that some retirement accounts might be subject to taxes upon retirement. Funds are deposited without tax deduction and are taxed as normal income when withdrawn unless they are rolled over again as an investment. The financial stress associated with planning a divorce can easily be worse than the financial stress associated with planning a wedding. The best advice is never do either lightly.

Ebele Okocha is a licensed financial representative who has experience consulting with clients on their retirement accounts. She is also a contributing author to the law firm of stock fraud attorneys, Page Perry LLC, a Georgia Investment Fraud firm best known for its representation of investors.