Child custody is often a tricky subject. Two parents going at it over who will have custodial rights of their child can turn out badly, and the laws that will eventually lead to a judge’s decision are rather complex. Unfortunately, when a parent dies with legal custody of their child, the complexity related to these issues becomes even more daunting. This is why all parents should fully understand what their child may face in the event of a parent’s death.

Many individuals believe that if one parent dies, the other parent automatically has custody. Well, this is true in some cases, but definitely not in all. If the two parents are married and share custody of their children, the surviving parent would obviously retain custodial guardianship over the child. If the parents are divorced, however, the waters can get a bit more murky.

The factors considered are similar in many states. According to www.dgtucson.com divorce lawyers in Arizona, for instance, along with several other states, judges will consider the child’s wishes, any parental criminal activity, the relationship the parent has with the child and even whether or not the deceased parent stated in their will that they wanted a specific person to have custody. Regardless of what’s going on, the surviving parent, if divorced, will need to file a petition to modify custody.

If both parents are deceased, child custody becomes a whole other issue. As in most cases after a custodial parent’s death, a judge will grant temporary custody to someone seen as fit for raising the child. Unfortunately, if there are no surviving family members, such as grandparents, and the parents didn’t leave a will, the child could end up in foster care.

This is why it’s essential for parents to have a will stating who they’d like to care for their children in the event of their deaths. In many cases, the courts would decide upon having a child stay with other family members, but if a parent prefers to have a godparent or friend care for their child, they’ll need to have this in their will. This is also imperative if there are no other surviving family members.

In cases where both parents die and there are multiple parties seeking custody, such as a godparent and grandparents, an individual will need to file a petition for custody with the courts. This is basically the case in most situations involving the death of at least one custodial parent, and it would behoove a person to seek out a family law attorney to help in their quest for custody.

The death of a parent can be devastating for a child. Unfortunately, months following the tragedy can be just as difficult if a custodial plan wasn’t figured out before their death. Even in the presence of a will, however, child custody can be contested. According to the lawyers at www.dgtucson.com, family law may often seem straightforward, but it can be extremely complicated. There is no steadfast rule of law that will determine who gets custody every time. Judges are tasked with deciding what’s best for the welfare of the child, and in reality, this is usually a good thing.

Stacy Aspen has been a legal writer since 2008, assisting lawyers with articles, research papers, web copy and blog posts. Stacy has a BA in creative writing and also enjoys writing poetry in her spare time. 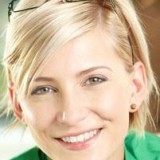 Stacy Aspen has been a legal writer since 2008, assisting lawyers with articles, research papers, web copy and blog posts. Stacy has a BA in creative writing and also enjoys writing poetry in her spare time.