Rupert Murdoch has recently filed for divorce from Wendi Deng, his third wife. Even though it is unknown what caused the marriage of 14 years to end, people have speculated for months about the relationship of the couple. Deng, who is Chinese-born and Yale-educated, is accomplished on her own before ever marrying Murdoch, but that didn’t stop people from dubbing her as a gold digger.

Since the 82-year-old Murdoch runs a powerful conglomerate in terms of media, many people wonder what is going to come of his fortune. When you consider he has 20th Century Fox, Sky News Service, Fox Television, the Wall Street Journal, Harper Collins Publishing and many others, you can easily see just how much he is worth financially. Even though Deng stayed out of the public eye for much of their marriage, everyone wonders what the legal precedent is now that the divorce is underway.Shortly after they wed, Murdoch announced that Deng was going to step down from her role at News Corp. in Hong Kong. She never fully left the media world. She would attend meetings with Murdoch and his son to make sure everything went smoothly. During their marriage, she had two girls with Murdoch. He has four other children from his other two marriages.

According to her Yale profile, she is the co-founder of Big Feet Productions, which is an independent studio based in East London making games and applications for Apple. The divorce would effectively end Deng and Murdoch’s union and set a battle into motion for how much of the fortune she and the children are going to receive. His recent fortune was estimated at more than $11 billion. The showdown comes at a bad time for News Corp. They recently approved plans to split operations between two publicly traded companies.

Since Murdoch is the largest shareholder in the company, he will be the chairman of the two new enterprises. It is not yet known whether there was a prenuptial agreement signed between Deng and Murdoch before they were married. Even if there is, no one knows where it was filed at. Most people assume there was documentation filed to protect Murdoch’s fortune, especially when there was so much to lose.

Depending upon where the paperwork was filed, individual states will choose whether the terms are unfair or unconscionable and proceed with upholding the prenuptial agreement or making their own amendments to the document. Other countries may have their own set of rules and restrictions, but in the United States, things would be handled in the aforementioned manner.

A prenuptial agreement can do a lot for protecting the best interest of the parties involved, but the court and legal system will determine whether they are going to overturn the agreement or uphold it. In the end, lawyers and the legal system are the ones going to make the arguments and final decisions on what is going to happen. A trained lawyer will be able to fight in the best interest of the parties involved.

Latest posts by Jiffee (see all) 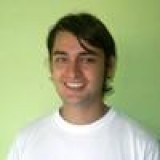