There is no one cause that can be called the primary or motivating factor in the crime. Domestic violence is not generally like other crimes such as theft or drug possession where there is an objective in mind. It is a psychological crime, and therefore one that is harder to understand. Nevertheless, researchers, psychologists, and welfare workers have come up with several primary factors in domestic abuse cases. If we work together to end these root causes, we can come close to seeing an end in this cycle of violence.

As a defense attorney, I have seen the pain of domestic abuse firsthand, and my heart goes out to the innocent victims of violence. However, I also see the psychological pain of the perpetrators, many of whom have grown up with violence and abuse from the time they were born. Putting an end to domestic abuse will bring peace to victims, wholeness to abusers, and – hopefully one day – serenity to areas that are plagued by violence. 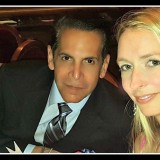 David Faltz is a knowledgeable, results-oriented, and aggressive SEO leader and profit performer. His advanced search engine optimization and online branding techniques generate goodwill between clients and their customers while increasing visibility in the marketplace through a variety of Internet-based mediums and strategies. His strengths include exceptional communication and organizational skills; analytical and technical expertise in the development of SEO and content marketing strategies; public relations best practices; and finely tuned problem-solving skills.

David is highly skilled in establishing, developing, and maintaining local, statewide, and national accounts through various marketing channels and is highly valued as a team builder dedicated to consistently outstanding customer service. He works intensively with each client to ensure a solid understanding of the clients’ brand, products, services, and business climate in order to maintain and strengthen corporate goals and objectives while developing the most effective inbound marketing strategy.

Cross-functional expertise in the following:

David is a University of Florida alum (Go Gators!) and a loving, devoted father. He also enjoys MMA, fitness, and puzzles—such as life and SEO. He lives by the mantra: “Success is a journey … not a destination.”