There are many reasons for the introduction of mediation into a legal matter. In addition to finding suitable alternatives for childcare and financial arrangements, family mediation can help to prevent long winded or drawn out court sessions.

The government introduced mediation as a vital part of the legal family process in an effort to abate those people concerned that the removal of legal aid would cause huge problems for the family courts, leaving them massively overworked and the clients suffering.

However, recent evidence suggests that the referrals to these mediation sessions have in fact dropped. Official statistics obtained by the Law Society Gazette show that the number of family mediation referrals fell by an average of 26% for the period April to June 2013 when compared with the same period in 2012.

Whenever a significant pattern or turn of events is records, then it stands to reason that experts will attempt to find a reason for the pattern.

In the case of mediation services throughout 2013, it is worth commenting that legal aid for private family matters (such as divorce or child contact) was removed as part of government cuts as of April this year.

Whilst Legal Aid is still available for mediation, for many other matters, it may not be applicable and whilst many of the referrals for family mediation Southampton might come from solicitors, if their numbers have also dwindled due to a lack of public funding, then it stands to reason that the number of clients they are able to refer for mediation would also drop significantly.

As one of the government’s biggest ideas, it’s unlikely that people including legal practitioners will be able to forget that services such as Lamport Bassitt family mediation services exist altogether. However, a solution must be found to the low numbers.

In one case, there is the prospect that as of January 2014 family mediation will be compulsory. What this means is that any party wishing to start legal proceedings in the family court will not be allowed to do so until they have attended a MIAM, the name given to a Mediation Information Assessment Meeting. However, as much as this may be a step in the right direction, practitioners and legal professionals have expressed concern that this could be too late as many of the mediators who would provide the services would have gone out of business by then as a result of the lower numbers of people attending mediation.

A further suggestion comes from Lord MacNally in his March 2013 speech when he suggested, even prior to the release of the figures that mediators themselves have a large part to play in promoting their services to the legal profession and building relationships with firms of solicitors. He said, “I am looking to you, the family mediation profession, to bring family mediation into the mainstream as the first choice for families to help them make their arrangements post separation – and not just because they have to. Regardless of your background, mediation, the law, or social work, you can bring this about.”

Latest posts by PaulReflect (see all) 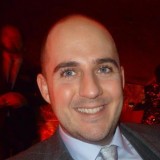