The number of families contesting wills has risen dramatically since the recession. In 2008 some law firms estimated that the amount of wills being contested in court had doubled, or even tripled, in the UK. Studies indicate they have continued to soar since then.

A high proportion of these court cases are caused by incidents which are entirely preventable, meaning thousands of pounds worth of money is being wasted on legal costs every year. Let’s explore some of the main reasons why people decide to contest a will.

The main cause of a will being contested in the UK is that a family member believes that it is unfair on them. When writing their will, some people believe they have the right so spread their money however they like, but that’s not necessarily true. Family members do have a legal right to contest a will if they have not been allotted what they deserve. If the deceased leaves one son out of their will, whilst keeping all their brothers and sisters in, this could legally be deemed unfair.

If it can be proved that the testator was forced or blackmailed into executing their will a certain way, it can be contested.

If the testator was deceived into writing their will a certain way, this could be judged as probate fraud. In this case, there are two main types of deception. The first of these is fraud in the execution, such as making the testator believe they are signing something other than a will. The second type is fraud in the inducement, which could involve deliberately mis-leading the testator in order to change their course of action.

If the deceased appears to be giving away something that doesn’t actually belong to them, then this represents strong grounds for appeal.

The common theme linking all six of these scenarios is that the odds of them occurring are significantly reduced when the testator hires a professional will writing service. These services are staffed with experts on probate law and will can offer advice that can prevent wills being appealed against once you die.

The small fee paid to the professional will writer could save a family thousands of pounds in legal costs later on down the line.

Brand Journalist
Chris Taylor is a brand journalist representing a number of clients across the UK in a variety of industries. Posts contributed to FamilyBlawg.com are posted on behalf of London solicitors Adams Law.

Latest posts by ctaylorVL (see all) 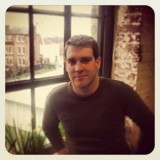 Chris Taylor is a brand journalist representing a number of clients across the UK in a variety of industries. Posts contributed to FamilyBlawg.com are posted on behalf of London solicitors Adams Law.