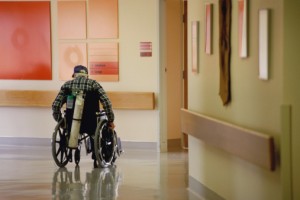 According to statistics from The American Association for Justice, a shocking 90 percent of nursing homes in the United States do not employ a sufficient number of qualified care professionals to provide an acceptable level of care for their residents. In addition, it is estimated that approximately 93 percent of all instances of abuse and neglect within nursing homes go unreported each year. These numbers serve to further support the need for more consistent regulations, improved monitoring and more stringently enforced legal repercussions for neglectful and abusive nursing home staff.

When many people consider the notion of neglect in a nursing home, they typically think of failure to address residents’ pain or cries for help, forgetfulness regarding medications, or simple disregard for residents’ well being in general. While these are certainly significant causes for concern, the issues that plague the nursing home industry are far more numerous and, in many cases, even more serious.

HelpGuide.org reports that negligence accounts for “more than half” of abuse cases reported in nursing homes in the United States. Negligence encompasses all forms of elder abuse that are determined to be the result of intentional or passive abandonment of duty regarding care. When a nursing home staff member intentionally denies a resident adequate care for any reason whatsoever, that resident has claim to compensation for negligence. If, for example, a nursing home patient’s condition or conditions become noticeably worse due to a lack of proper care, that patient and his or her family is entitled to their inalienable right to justice. If, however, no official complaint or report of negligence is filed, victims and their loved ones are left to endure the circumstances without assistance.

Neglect and abuse that takes place within a nursing home setting can take many forms. Even if the victim of the abusive behavior is not able to speak up and make a stand against his or her caregivers, concerned family members can take steps to correcting the situation through careful observation and consistent monitoring of activity that occurs.

Some of the most common forms of elderly neglect in nursing home facilities include the following:

Family members who notice signs of abuse in their elderly relatives are advised to report any suspicious activity immediately and to seek out legal counsel in order to determine an effective course of action that aims to solve the problem and repair any damage sustained.