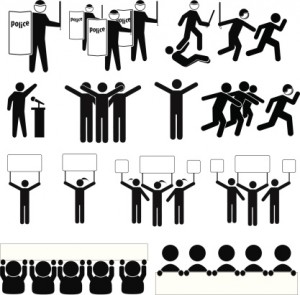 Police officers play an important role in our world. These professionals not only provide support and assistance during times of emergency, but also help to keep the community safe for all who live within it. While most police officers take their roles quite seriously, some have been known to participate in inappropriate behavior—often referred to as police misconduct. Understanding how to identify police misconduct is crucial for those who want to maintain their rights, while still staying within the good graces of law enforcement professionals.

According to the US Department of Justice, police brutality is one of the most common signs that misconduct is taking place. Except for the in the most severe cases, police have even training and tools at their fingertips to complete their jobs without depending on brute strength. It is important to note that while police brutality is most commonly thought of as physical aggressive, verbal threats and sexual abuse may also fall under this category. Those who have experienced these events are likely the victim of police misconduct, and should report the behavior as soon as possible.

Selective enforcement is another common signs of police misconduct. As suggested by the name, selective enforcement occurs when a police officer does not enforce certain laws or regulations when they are intimately connected with the person or person accused of committing the violation. The most common example of selective enforcement usually occurs in regards to traffic law—for example, a police officer chooses not to issue a citation to a friend or family member that he or she has pulled over for speeding. While it may be highly tempting to simply let these individuals off with a warning, it is actually a serious case of police misconduct.

There are a number of police rights that are enforced in courtrooms and other law enforcement arenas around the world. However, these rights are only maintained in cases where the officer “plays by the rules” and maintain professionalism within the role that they have been given. Unfortunately, this is not always the case—in fact, some officers go so far as to lie under oath, in order to get the final outcome that they desire. As with the other factors described so far in this article, lying under oath is a serious sign of police misconduct, which should not be taken lightly.

Using Drugs/Alcohol While on Duty

As one might guess, police officers that use drugs or alcohol while on duty are also likely practicing police misconduct. Any officer of the law is expected to be clean and sober, as they may have to respond to a dangerous event at any given moment. Officers who have been found to be using drugs or alcohol while on the job may be placed on probation for an extended period of time. Regular blood and urine tests may be required if and when their role as a police officer is reinstated.