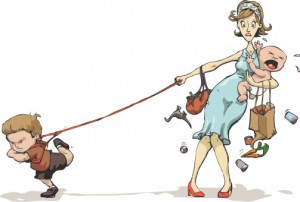 Elizabeth struggles from Post-Traumatic Stress Disorder (PTSD) and a mid- stage of a rare, but deadly form of lung cancer, mesothelioma.  Twenty years ago, Elizabeth was working as a volunteer firefighter when she was called to the scene of a fire at a historical building.  By the time Elizabeth arrived, the building was completely engulfed in flames and her husband, who was also a firefighter, was stuck in the building and was not rescued until it was too late.  Elizabeth was traumatized from the event, but had to keep on moving forward for her family.  Last year, she started to feel very ill and had her most severe panic attack to date when her son went away to college.  After visiting a doctor, Elizabeth was told she had been and was suffering from undiagnosed PTSD, attributed to witnessing her husband’s death.  Her early diagnosis of mesothelioma was a surprise for a younger woman of 50, but the doctors had speculated that she had breathed in asbestos particles from her husband’s clothing and body (after he fought fires) and from all of her own exposure while firefighting.  Her overall diagnosis is not good, but Elizabeth has a life expectancy of at least 2 to 3 years, maybe more if she’s able to manage her health in other ways.

Elizabeth never remarried and has worked hard, as a book keeper, to provide for her 3 children.  At one point, she had attempted to return to school and get her Master’s degree in Financing, but was too overwhelmed by the physical, emotional, and financial stress.  With one teenage child still living at home, Elizabeth cannot afford not to work, but is physically and mentally unable to.  Six months ago, she filed for social security disability benefits (SSD) and was initially denied because her condition was not severe enough, after being given a more thorough and accurate diagnosis, she was approved to receive benefits, as she is expected to be “disabled” for at least one year or until death.

Elizabeth is just one of millions of people who are struggling with physical and mental health issues on a daily basis, so debilitating that they are unable to keep or find a job.  Unfortunately, not every one of those people “qualifies” for assistance.  Filing for SSD is a lengthy, frustrating, and complicated process with strict guidelines that are based upon how much work you have performed throughout your life (and paid into Social Security) and if your disability falls within the List of Impairments.  Monthly SSD benefits can range from $300 to $2,200 with the average 2013 payment being about $1,132.  For many recipients, the benefits they receive are barely enough to get by and for others, not even enough to meet a “living wage”.

The 2013 National Poverty Guidelines for a Household of 1 is $11,490.  If a single parent with a child or a couple received the “average” monthly SSD payment they would fall below the poverty line for a 2 person household ($15,510).  Depending on where you live, how you live, and what you need, will determine if you are receiving a livable wage.

Promising News for the New Year

Starting in the 2014, some recipients will see a 1.5% increase in SSD benefits.  For some struggling recipients, this will be the boost they need offering a little financial cushioning while others will continue to struggle with their disability and trying to make ends meet.  Individuals, who have once worked hard to try to make a living wage, but have all of a sudden been thrown a “curveball” (like a disability), deserve and are entitled to financial assistance.  If you are disabled and are no longer able to work, will you file for benefits you deserve or suffer your financial, physical, and mental struggle in silence?