Despite the salary inequalities that still persist between men and women, many modern-day wives are working alongside their husbands. Some women even earn more. You might wonder why we still have alimony, where the ex-husband pays a monthly sum to the ex-wife. Some people argue that alimony should be a thing of the past, while others feel that it’s still an valid law.

An important point that can’t be overlooked when discussing the relevancy of alimony in today’s culture is that it is not necessarily the responsibility of the husband. Alimony is a court-ordered duty of the top earner in the marriage. The difference in the earnings of the two spouses has to be significant for alimony to be decreed. However, both historically and traditionally, the male has been the one to pay the alimony bills. Judges have consistently awarded alimony to the female, even in cases where both ex-spouses had jobs during the marriage.

Today, many family court justices are working on adapting the law so that alimony isn’t set up as an unfair burden on men, but as a fair distribution of martial property.

How did alimony come to be? In the past, women were not allowed to own property. Thus, in a marriage, all the land and property were owned solely by the husband and never the wife. And in cases of divorce, the ex-husband would keep everything and the ex-wife would be left with nothing. Alimony was established as a way for the ex-wife to be able to survive after divorce.

Obviously, the circumstances have changed today. Martial property is usually divided equally between two parties in a divorce and if there are children, the home is often given to the ex-wife on the grounds that it would be less traumatic for the kids. The more you look at it, the more it seems like alimony should become obsolete.

On the other hand, you could argue that women are still at a disadvantage after a divorce. Even today, many wives choose to leave the workforce in order to stay home and raise children. Some of them move across the country when their husband gets a new job and leave their career behind. After years and years of contributing to the marriage through raising kids, taking care of the home, and managing the finances, should these women be left with no career prospects and no monthly income when divorce happens? Alimony helps level the playing field and allows these women to continue living on as they have before.

What about husbands who took on the stay-at-home role? They probably would benefit from alimony payments from their ex-wives as much as a woman would.

An important issue to consider is whether the ex-husband should be legally required to pay alimony for the rest of his life. Should the sentence of alimony be reduced to a certain amount of years instead, with the purpose of providing support to the women until she is able to enter the workforce and earn enough money to maintain her lifestyle?

Alimony will become a much more acceptable and fair concept if it truly becomes an equal opportunity responsibility.

This piece was written by Trevor Patterson, a freelance writer and blogger based in the greater metro area of Las Vegas, Nevada. Patterson focuses on law, politics, economics and real estate. Legal needs come in various forms; for those with needs in the area of Pedestrian Accidents be sure to consult a professional with sufficient expertise in this subfield. 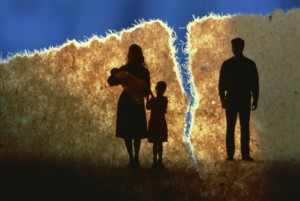 If you are going through a divorce and you think you will have to pay alimony or are hoping to receive alimony payments, contact a lawyer who can advocate for you.  Charles R. Ullman & Associates is a spousal support/alimony law firm located in North Carolina.  For more information about spousal support, visit the website at www.DivorceLawCary.com.