The compensation claim case was being dealt with by a Birmingham-based legal firm following the publication of the incident by UK reporters. The lawyer who was working on the compensation claim stated in an interview with The Guardian that it was regrettable that adequate compensation and medical attention were not provided sooner than they were. It was reported that the British soldier had been involved in a heavy drinking session the previous evening and consumed a considerable amount of vodka which had apparently been disguised as a bottle of mineral water. The alcohol was sent in via a welfare parcel and medics were forced to confiscate his rifle, such was the level of his intoxication.

After this, the soldier had just two grenades and a bayonet as his personal arsenal. The following morning, the unit of which he was part was working their way through a checkpoint in the Helmand Province to go onto patrol. Two young Afghan residents were riding bikes and one of them was the compensation claimant. He was being sent on an errand by his father in order to fetch a bottle of yoghurt. The young boy was reported to have asked the marine for chocolate prior to the compensation claim incident taking place. Prosecutors at the court martial stated that his response was to take hold of the boy’s shoulder and stab him in the region of his kidneys with his bayonet.

In an interview, a spokesperson for the MoD stated that “‘The MoD has accepted liability for this appalling incident and appropriate compensation will be paid on receipt of medical reports. ‘Incidents of this kind are extremely rare but any allegations of ill treatment are investigated thoroughly.” The spokesperson went on to say that “Protecting the Afghan civilian population is one of the UK’s top priorities. All British troops undergo comprehensive training on the strict rules of engagement under which UK forces operate”

Jim Loxley is a Director at accident claims specialist, My Compensation

Over the past few weeks I’ve been doing a lot of writing on the subject of the pending April 2013 legal forms. These so-called ‘Jackson reforms’ will come into place at the beginning of Q2 next year and will affect a number of areas of law, including family law. The effect it will have on family law however, is a more indirect one. While much of the changes will be felt as ripples through the personal injury sector in a very direct sense, the pending cuts to the Legal Aid bill are the main effect which will be felt by families who depend on its financial aid and free legal advice.

The current budget for the Legal Aid bill stands at £2.2 billion and the government would like to see it cut by £350 million from that annual total. This is a particular problem for personal injury as these types of cases will not be going back onto the bill in spite of the abolition of the no win no fee arrangement. In the instance of family law, many family law cases which might have sought to get help from Legal Aid will not be able to as there will not be enough funding to go around. 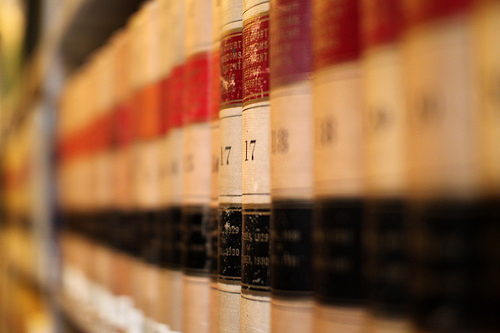 The Family Law Bar Association has stated that the changes which have been proposed will have a particular effect on the speed in which divorce hearings are made. Another drop from the list of legal aid for which the budget provides is free advice for families who may be entering legal matters. However, in spite of the Family Law Bar Association’s issues, the government believes that the proposed changes will go towards encouraging more people into mediation and out of the courtroom. In my opinion, these hopes are somewhat optimistic, if not a flat-out excuse to save money.

On average, around 250,000 cases of family law in the form of both familiar breakdowns and divorce receive help from Legal Aid and these figures come from the Citizens Advice charity, a reliable source. The organisation has stated that, should the government go ahead with the pending cuts to Legal Aid that this number would be reduced to around 40,000 cases per year. The head of the Family Law Bar Association, Nicholas Cusworth QC has voiced his concern over the lack of availability of financial help may have a drastic impact and leave people without specialist advice which they so desperately need should they find themselves in these difficult circumstances. Family law is one more area where the budget cut may remove justice from the masses.

A new bill of law has been announced in the Queen’s Speech at the state opening of Parliament regarding children and families. The bill will see plans implemented in order to allow parental leave to now be shared between a child’s parents, make the process for adopting international families easier and also provide a greater number of choices for children with special educational needs. Finally, it will improve the access given to children by their fathers in the wake of a divorce. Ministers are now planning to introduce more flexibility following an independent report being published in May 2011, recommending that the right to request such flexibility be extended to people with parental responsibilities to children below the age of 16. Changes to the law surrounding adoption will now prevent local authorities from delaying the process in order to find a perfect match if a suitable one is currently available. Compensation will be available to families who suffer as a result of the new procedures not being followed.

Ethnicity of the child’s prospective adopters and a child will now take second place in the majority of cases in order to speed up the process of finding a child a permanent family. Furthermore, the government plans an introduction of a number of further recommendations which are contained in a final report of the Family Justice Review published at the end of last year. These include adjustments such as a limit of six months by which care cases must be completed, making it explicit that case management decisions can only be made after the interests of the child have been taken into full consideration. It’s hope that this will focus courts on issues which are essential to deciding whether or not to implement care, and get rid of any unnecessary procedures in family court proceedings by removing the requirement for interim care and supervision orders.