Effects Of Domestic Violence On Children – As Per Age Group:

Exposure to domestic violence has negative effects on children. To properly understand these effects, it is important to first understand the dynamics of domestic violence. Domestic violence is prevalent in all groups of people regardless of age, education, race, occupational, social-economical and religious factors.Characteristically, it involves a series of repetitive abuse, including psychological, physical, economical and emotional abuse. The perpetrator uses violence to gain control and power through the use of humiliation, intimidation, and fear.

Children get affected by domestic violence differently at various developmental stages. This is because as they grow and develop both mentally and physically, they learn new things at each age. Being a victim or witnessing domestic violence can interfere with the child’s normal growth and threatens their sense of security.

Studies indicate that children who have been exposed to domestic violence have a greater likelihood of experiencing various difficulties than their peers.

These difficulties can be categorized into:

1. Emotional, social and behavioral problems:
Exposure to domestic violence by children is likely to make them anxious and depressed or exhibit antisocial and aggressive behavior. Other negative effects may include higher levels of hostility, low self-esteem, anger, disobedience and oppositional behavior; fear and withdrawal; and poor sibling, peer, and social relationships.2. Attitudinal and Cognitive and problems:
These children are likely to experience difficulties in school and have poor performance in assessments of motor, verbal and cognitive skills. Moreover, they are likely to have a slow cognitive development, limited problem solving skills, lack of conflict resolution skills, aggressive attitudes, and a rigid belief in gender stereotypes such as male domination.3. Long-term (Behavioral) Problems:

Infants and toddlers learn through play and exploration, how to form secure attachments. If exposed to violence at this age, they learn that the parents are not likely to constantly respond to their needs which hinder the development of a strong bond between the parent and the infant. Thus, the child becomes afraid to explore their world, which interferes with play and slows down their learning process.

The effects to Infants include:

3. Behavioral Effects: Colicky, excessive crying; Injuries and bruises; Chronic constipation; Eating problems; Sleep disturbances; Malnutrition; Digestive problems; Allergies/skin rashesPreschoolers (One To Five Years):Children at this age bracket have started learning how to express most of their emotions, including those of anger and aggression. Thus, children at this age living in situation where there is domestic violence can learn detrimental ways of expressing anger and frustration. Moreover they get confused with the mixed messages their parents are sending them; for instance, they are punished for talking rudely while their parents talk rudely to each other.

The effects to Preschoolers include:

The children have a better sense of their own emotions and can also recognize the emotions of others. They are more conscious of their own actions and reactions towards violence inflicted to them and may worry about their father being jailed or their mother being harmed. This distracts the child development process which at this age revolves around social and academic success. They become distracted hindering their ability to learn in school. Moreover, they develop poor social skills and tend to pay more attention to negative responses from their teachers and peers and miss hearing positive responses leading to low self esteem. At this age group, the children begin to have multifaceted thoughts about what is right and wrong. Thus, they are more susceptible to learning and accepting biased, incorrect explanations to support violence.The effects to School-Age Children include:1. Emotional Effects: Cries easily or frequently; lack of trust; lack of normal feelings; feelings of despair; helplessness or hopelessness, lack of empathy or concern for others; and anger towards the parents, especially the mother.
2. Cognitive Effects: Learning disabilities or has special needs; suicidal thoughts; withdrawn or quiet; lack of focus and structure; attracted to cults or pornography; overly responsible or tries to be too adult; and lack of responsibility.

3. Behavioral Effects: Violence towards abuser; Destroys property; Tries to be in control; Violent acting out behavior; Perfectionism; Running away; Lack of boundaries and limitsAdolescents (Teenagers):These children are fully aware of what is right or wrong but have the need to have a sense of belonging. They experience similar problem that the school-age children undergo but at a higher level. They are characterized by secretive and guarded behavior about the situation at home and are also embarrassed of their family members. Thus, they do not invite friends over and are likely to spend most of their free time away from home. Aggression and Denial are the major ways of solving problems.

The effects to Adolescents Boys include:

1. Emotional Effects: Feelings of guilt and powerlessness; withdraws and shuts down; embarrassment and Shame; Needs to control; and Lack of friends.
2. Cognitive Effects: May drops out of school; school attendance problems; Suicidal thoughts; “Macho” attitudes; Thinks violence is okay in relationships;
3. Behavioral Effects: Uses violence to solve conflicts and problems; abuses alcohol and drugs; acting out behaviors; antisocial behaviors; suicidal; problems with relationships; self-harm behaviors; homicidal towards abuser; and sexual problems.The effects to Adolescents Girls include:
1. Emotional Effects: Distrustful of others or have trust issues; blames or hates mother; needy – wants to be taken care of and protected; restlessness and feelings of tension; Feels hopeless or helpless; Confused about role models; self-blame and feels guilt about abuse; manic-depressive and “Numbs out” emotionally.
2. Cognitive Effects: Looks for protection from a male figure; school work problems; Lack of self understanding; Lack of boundaries and limits; mimics or takes on others’ personalities; multiple or split personalities; and Problem with concentrating and focusing.
3. Behavioral Effects: Unable to function at home; Drug or alcohol abuse; Unable to function in relationships; Runs away from home; Pregnancy or early marriage; gets involved in prostitution; distorted perceptions of body and Eating disorders.

Author Bio:
Cally Greene is an online consultant for domestic violence lawyer at JoeyGilbertLaw. She likes blogging about Legal issues,Business law,Family Law and other Legal advice.
You can contact her via Twitter.

Latest posts by callygreene (see all) 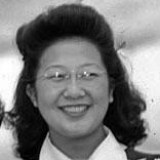 One reply on “Effects Of Domestic Violence On Children – As Per Age Group:”

I must say this article is so important but rare. We are no aware and do quarrel and yes it has impact on our children. Some statistics which I have found here are so important. Yes it can be cause of poor performance of children. It can be cause of nerve problem of a child. I have found many abnormal child cause of domestic violence. Good news is that our government is taking action again them. Thanks for this awareness article.