A DUI conviction can have repercussions that go beyond the stigma of having a criminal record. For instance, a drunk driving charge can affect whether a person can continue on with school, get employment, make purchases that require loans like real estate and vehicles, and even rent an apartment. Another thing that a DUI can affect is the ability to adopt a child since quite a few investigating agencies use DUI convictions against parties desiring to adopt. Below are some steps that individuals may take in order to help their cause with adoption authorities.

If you are considering adopting a child and you have a DUI conviction, a DUI attorney can assist you with several key steps that may make you a more desirable candidate for adopting. Katz & Phillips, a law firm in Tampa, offers this about defense against DUIs, “…you really might have been perfectly fine to drive, but something went wrong during the arrest process to convince the authorities otherwise.” A critical defense such as this could be the key to getting a DUI conviction expunged from your criminal record. Your lawyer can assist with the following steps:

1. Gather court and Department of Motor Vehicles records to review exactly what anyone who is performing a basic background check will see.

2. Ask a DUI attorney if an appeal is possible on a conviction. While this may not entirely clear a record, it could still be beneficial.

3. Consider having a DUI conviction expunged from the criminal record. While it is no guarantee, this process can help other things besides adoptions, so it is worth the time and effort. Contrary to popular belief, DUI convictions do not automatically clear from a criminal record once seven years have passed. Unless it is expunged, the conviction will appear on most any criminal background check. However, keep in mind that felony DUI convictions are rarely expunged. Also, some states disallow expunging misdemeanors as well.

Ensure that the court record as well as the DMV record is cleared. Otherwise, there is a risk that it will still show up in a background check. Also, while the conviction may not appear on a background check, it may surface during the course of a more thorough investigation. Because adoption agencies operate under more stringent guidelines, they may have access to this information in the same way that a police department or the FBI would. This is because once a DUI is on a record, law enforcement can become aware of it even after expungement when they are checking for prior arrests and convictions.

4. Have the court record examined thoroughly as well as the DMV record to ensure that the conviction was actually expunged.

5. Arrange to complete a homestudy program with regard to the DUI. This will help convince an adoption agency that responsibility was taken for the situation to increase the possibility for a successful adoption.

6. Consult with an adoption lawyer and explain the entire situation so that he or she may recommend how best to proceed.

7. Try speaking with several adoption agencies about the situation. While some agencies require several years after a DUI before they will consider an application, others may have different guidelines to deal with the situation.

8. Consider Disclosing DUI Information because, in the end, if a DUI arrest is not disclosed and is later discovered, an adoption agency may have the right to deny the application automatically. However, if it is explained that the matter was expunged from the record, there could be a possibility that the agency will consider the adoption application.

Both DUI convictions and adoption are complex processes. Therefore, regardless of which avenue is pursued, it is best to first clear the DMV and court records as well as possible with the help of a DUI lawyer. Then concentrate on the adoption process with an expert family lawyer guiding you through the process. 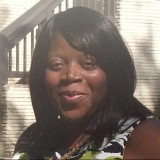 Valerie Stout Cyrus is a professional writer with over 20 years of experience in various industries. As an e-commerce expert she writes articles for blogs and provides online business management to small businesses. Valerie resides in Roswell, Georgia with her 16 year old son and a nine year old daughter. She enjoys writing about family and legal issues that may be of interest to the general public.