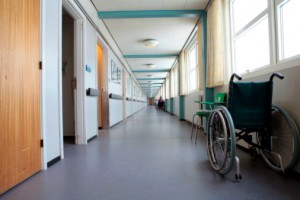 Every person wishes they were in the situation where they could care for their parent when it is needed, but the truth is that most people just don’t have the time or the resources to do so. Because of this there is a large industry that caters toward caring for elderly patients who need constant observation or have pressing medical needs. Wherever there is a large industry in a certain field there will be people who pop up to exploit it, not caring for their paying clients and working only to make a quick buck. If you’re not careful, you may accidentally leave your loved one in the care of somebody who will exploit, mistreat or physically injure them. But how can you tell if your loved one is the victim of nursing home abuse? Here are some common symptoms.

Signs of Physical Abuse on an Elderly Patient

Anybody who has been around an elderly family member knows that sometimes they don’t want to be a bother, so they keep their lips shut about things they should discuss. This is true with nursing home abuse as well, especially when there is a lingering threat from the guilty party. Physical abuse can sometimes be easy to spot. Most symptoms will appear on the arms or legs, the areas where they will be grabbed or thrown from. Look for bruises, cuts, and scrapes, and keep an eye on whether or not they choose to wear long sleeved shirts whenever you visit. This can be a sign that they are trying to cover up the nursing home abuse. Even if you suspect there might be abuse, but do not have proof you can still ask for help confidentially.

Signs of Neglect to an Elderly Patient

What’s even worse than physical abuse is nursing home neglect. Elderly patients need constant care and even the tiniest of slip-ups could lead to a serious medical issue. Look for bedsores – they are signs that your loved one is spending too much time in their bed. Bedsores may indicate that nursing home staff members are not checking in on patients regularly. Dehydration and malnutrition are two major forms of nursing home neglect. If your loved one is always thirsty when you visit or seems very lethargic or pale then it may mean that they are not receiving proper meals.

Why is This Treatment Common in Nursing Homes?

Nursing home employees tend to be divided into two different categories of people: workers who have decided to dedicate their lives to this field and educated themselves, and uneducated people who needed any job they could get and took one at a nursing home. The former group tends to be higher paid and find work at more expensive nursing homes, while cheaper nursing homes in lower income areas don’t try as hard to find competent employees. This leads to a hiring process that is less than adequate, which is why it’s very important to do proper research before making the decision to put your loved one in a care facility or nursing home.

Nursing home abuse and neglect is a very difficult subject to discuss with a loved one. Many elderly people become embarrassed because they can’t physically defend themselves. This feeling of hopelessness is one major reason these forms of attacks are not reported. Bring up the topic carefully but let them know to be honest with you. Nursing home abuse and neglect needs to be reported so that the guilty parties can be punished.

If you suspect your loved one is being abused or neglected, report it immediately and seek the help of an experience legal professional.  Mariano Morales Law is composed of a team of nursing home abuse and neglect lawyers located in Yakima, Washington.  For more information about the abuse and neglect of elders, visit the website at www.MarianoMoralesLaw.com.

(US Law) Elderly Abuse is known as the different acts that involve harm to older people. Other terms are associated with elder abuse such as old adult maltreatment, old adult abuse and senior citizen abuse among others. There are plenty of organizations that deal with elderly abuse, but the general rule of thumb is that any excessive force, either physically or psychologically, is considered abusive. This can even be if your intention is to help the elderly person, which creates some grey area problems for health workers.

Several cases of elderly abuse are included in the kinds of family or domestic violence. Elderly abuse does not involve any criminal acts to the elderly, such as victimization in robbery, theft, or ambush. They are classified as criminal offences, not elderly abuse. Elderly abuse is now a social dilemma because of its high incidence. What is more saddening is that many cases are not reported or unknown.

Elderly abuse is a complicated case and people often have misapprehensions regarding this kind of abuse. Contrary to what people think, elderly abuse does not just occur in nursing homes. Although it may happen, the usual kind of elderly abuse does not take place there. It could happen anywhere, even at places we are in. Truth is, several cases of elder abuse occur at home, where the close relationships of the elderly are. The typical kind of abuse in the home is neglect of the elderly. Physical and emotional abuse occurs as a result of the weakness and dependency of the old adult to the family members. As old adults age, it is understood that they become frail and feeble, and they cannot do things without assistance. Lack of patience and understanding in the part of the caregiver can lead to abuse.

The usual victims of elderly abuse are ailing, feeble, mentally challenged, disabled and miserable old adults. Then again, even those who do not have these characteristics are still risk; but those stated prior are the most susceptible to elderly abuse.

The physical harm of elderly can be in forms of pushing, jostling, slapping and in severe forms tying in ropes and beating. Any person who uses force against an elder that results to trauma and pain, is an abuser. The deprivation of primary needs and home imprisonment of old adults are also forms of elder abuse.

Here are common examples on the types of elder abuse:

• Physical Abuse: This includes beating, slapping, shoving, thumping, kicking, tying up/restraining, false confinement, and any use of physical force that leads to injury.

• Financial Abuse or Exploitation: This is the unlawful use of the elder’s money, properties and possessions achieved through trickery, force or pilfering. The non-provision of financial support and expulsion from the home which belongs to the elderly are also included.

• Sexual Abuse: This includes coercing an elderly to participate in any sexual act and discussion against his or her will, even in cases where the elderly can not willfully give permission due to dementia.

• Neglect: This is the kind of abuse where the elderly is deprived of their primary or basic physical needs like food, clothes, medications and medical assistance. It could be on purpose, or due to lack of awareness.

There are also other kinds of abuse like abuse of human rights or elderly rights, abandonment or desertion of elderly and institutional abuse which is the physical and emotional abuse to elders in health institutions/nursing homes.

There are ways on preventing and reducing the incidence of elder abuse. First, you can reach out to seniors, this way seclusion will be reduced. You can reach out through visits or getting involved in activities that provide elder support. You can also invite them small family activities and gatherings. Let them get involved by asking them to teach knitting or cooking skills to you and the family. You can also volunteer in nursing homes to have hands on care to older adults. Promote senior involvement by inviting them in programs for the elderly.

If there is suspicion of occurrence of abuse or if you actually witnessed an abuse, call the emergency number of your community. Any form if abuse should never be tolerated. Contact immediately the support for the elderly institution or department to prevent further abuse.

Pete Wise is a Content Marketer. If you or a loved one has been involved in elder abuse and neglect, you should also seek an elder abuse attorney to represent you. An elder abuse lawyer can help walk you through what legal options are available and which course of action should be taken.