Guest post from family lawyers based in Edinburgh, Scotland.

Almost three-quarters of adults agree that kinship carers – grandparents and other family members who are bringing up a child because their parents cannot look after them – should receive similar support to foster carers, says a new nationwide poll.

The YouGov survey has been welcomed by charities Grandparents Plus, the Family and Parenting Institute and Family Lives, as a massive boost for the estimated 200,000 kinship carers in the UK.

The charities commissioned the poll in the wake of new welfare reform proposals, which they fear could impact on families who have taken on additional caring responsibilities.

“The poll findings demonstrate clear public support for a diversity of family forms in the UK and the importance of drawing on wider family networks in times of strain. Even in austere times, there is public support for valuing the enormous contribution that kinship carers make in bringing up vulnerable children,” said Katherine Rake, chief executive of the Family and Parenting Institute.

The positive poll ratings have been followed by more good news for kinship carers, in the form of the announcement earlier this month that the Government will extend the right to request flexible working to all.

A report by Grandparents Plus last year found that 47% of kinship carers give up work when they take on the care of a child. Forty-one percent are then dependent on welfare benefits, while 60,000 have dropped out of the labour market entirely.

Sam Smethers, Chief Executive of Grandparents Plus, welcomed the move.

“This is something that we have been calling for for some time,” she said. “Grandparents who are trying to juggle work and caring for their grandchildren are one of the key groups who will benefit.  One in four working mums rely on them for childcare.”

“The next step is to make it possible for parents to transfer unused periods of parental leave to grandparents, if that’s what families want to do,” she argued. “And to create leave entitlements for those grandparents and other family members who step into the parenting role, keeping children out of care.” 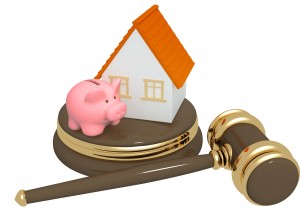 The process, as well as finalizing a divorce can be extremely hard on a person mentally. Facing possible financial ruin definitely adds to the stress. In general, most people lack the knowledge they in order to recover and move on financially. Knowing what to expect and how to handle it, is the only way to get through a divorce with your assets still intact. Surviving financially is especially important if you have children and other dependents.

How Divorce Impacts Your Money

Getting a marriage license is less than $50 in most states, but dissolving that union is going to cost much more than that. Even if the couple kept their finances separate and agreed to take their own money & assets and part ways amicably, the filing alone can be costly. If for some reason a mediator is needed, fees can go into the thousands. The situation only gets more complicated from there. Married people generally see an increase in wealth through their union, while divorced people lose 77% of their net value on average, according to DailyFinance.com. When children are involved, one spouse may end up owing child support or alimony which can greatly reduce their money left for all of their other independent expenses. On the other hand, the spouse who is supposed to receive child support or alimony may have a hard time getting their former partner to pay up. Additionally, divorce means splitting your assets and income while doubling the bills.

Take Action Before You Even File for Divorce

This is a very important step that could save you loads of money and time when the proceedings start. Once your partner knows you have filed, they may make every effort to hide money, transfer funds from mutual accounts to their own, and put away assets. Even if the judge rules against these actions, it’s going to be very hard to recover them, and waiting for a judgment could take a very long time. Smart actions for you to take include: getting copies of all financial statements, acquiring credit reports, and setting aside money for living expenses.

Restructuring Once the Divorce is Final

Here is where the real work begins. Getting back to stability once the divorce is finalized will be challenging, but possible. If you are paying child support or alimony to your ex-partner, it may take a while to adjust. Having your support payments drafted automatically from your checking account is the best way to handle it. This way there won’t be risk of forgetting to make payments, and there will be an electronic record of paying. Keeping other financial obligations simple for a while is advisable; now is not the time to go out and purchase high ticket items. The divorced person needs to be very forward thinking for at least the first year after separation; make plans for tax returns, stocks, and savings ahead of time. A well mapped out plan for paying existing and new bills will get you through it. This will put you on the path to rebuilding your financial worth. MoneySmart.gov has additional information on adjusting to the change in income and additional expenses spawned from divorce.